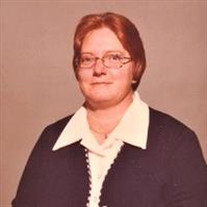 Peggy Joyce Causey, 76, passed away at Early Memorial Nursing Home in Blakely, GA on Thursday, December 30, 2021. Her funeral will be held on Tuesday, January 4, 2022 at Blakely Cemetery at 2 pm with the Rev. Buddy Coss officiating. Visitation will be held one hour prior to the funeral, beginning at 1 pm, at the cemetery. Due to the ongoing concerns regarding the COVID-19 pandemic, those attending are asked to maintain the recommended safe social distancing of six feet and/or wear protective masks in accordance with the State of Georgia guidelines. Joyce was born on March 27, 1945 in Hilton, Early County, Georgia, the daughter of Harvey Lavoyd and Lula Inez (Hill) Causey, Sr. Joyce graduated from Blakely Union High School in 1963. She received her RN degree from Georgia Baptist Hospital in Atlanta and began her nursing career at Early Memorial Hospital, where she worked until her retirement. She served as Director of Nursing for many years. Joyce was active in her community. She was a member of Westview United Methodist Church in Blakely before moving to Arlington and transferring her membership to Arlington United Methodist Church. She served as a Sunday School teacher and helped with Bible school. She enjoyed working with children and youth and also volunteered as a Girl Scout troop leader and camp nurse for many years. Through the years she was a member of various civic groups, including Blakely Pilot Club, Arlington Kiwanis Club, and Calhoun County Family Connections. She was also a member of the Peter Early Chapter, Daughters of the American Revolution. Joyce enjoyed crafts of all kinds, but especially basketry. She was a member of the Georgia Basketry Association and taught classes in basket weaving. In addition to her parents, Joyce was preceded in death by three brothers, Harold Earl Causey Richard Eley Causey, and Jimmy Max Causey. She is survived by two brothers, John Gordon Causey of Phenix City, AL and Harvey Lavoyd Causey, Jr. (Sara) of Arlington, GA; sister-in-law, Wanda Kimbrel Causey of Morgan, GA; 8 nephews and nieces –Sherrie Causey Simpson, Harold Causey, Lamar Causey, Trey Causey (Andrea), Jeff Causey, Sara Joy Hulse (Leonardo), Mandy Holden (Kevin), Kim Moore (James); and many grandnephews and grandnieces. In lieu of flowers, memorial gifts may be made to Kindred Hospice or Arlington United Methodist Church.

Peggy Joyce Causey, 76, passed away at Early Memorial Nursing Home in Blakely, GA on Thursday, December 30, 2021. Her funeral will be held on Tuesday, January 4, 2022 at Blakely Cemetery at 2 pm with the Rev. Buddy Coss officiating. Visitation... View Obituary & Service Information

The family of Peggy Joyce Causey created this Life Tributes page to make it easy to share your memories.

Send flowers to the Causey family.