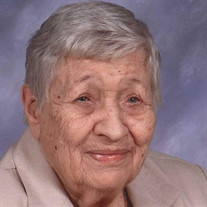 Juanita Roberts Dixon, 97, of Chattahoochee Ave, Blakely, GA, passed away at LifeBrite Community Hospital of Early, December 14, 2017. Her Graveside Service will be held Sunday, December 17, 2017, at 2 p.m. in the Leary City Cemetery, Leary, GA with Pastor Jean Watson officiating. Pallbearers will be Jimmy Webb, Steve Webb, Wesley Webb, Raymond Wiley, James Wiley and Chris Dixon. Juanita was born on September 3, 1920 in Colquitt, GA, to the late Charles Rome Roberts and Nettie Jenkins Roberts. She was a member of the Leary United Methodist Church and was a retired rural mail carrier for the US Post Office in Leary, Georgia. Other than her parents she was preceded in death by her husband, Robert Hammond Dixon; one son, Robert Maxwell Dixon; three sisters and two brothers. Her survivors include one sister, Betty Lou Jackson, Colquitt, Georgia, a grandson, Christopher Dixon, Arlington, Texas and a granddaughter, Kimberly Dixon, Leary, Georgia and a host of nieces and nephews.

The family of Juanita Roberts Dixon created this Life Tributes page to make it easy to share your memories.

Send flowers to the Dixon family.