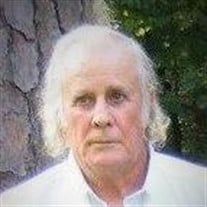 This obituary is being published as a courtesy for the family of B. T. Howell. Bobrie Tilmon Howell, 79, formerly of Blakely, GA, passed from this life July 6, 2019 in Brunswick, GA Senior Care Center after an extended illness. He was born in Montezuma, GA, August 27, 1939 to the late Edison Lee and Ethlene Bivins Howell and was raised in Macon County with 2 brothers and 4 sisters. Mr. Howell served in the Georgia National Guard. He worked in various supermarkets as a skilled meat cutter and he spent the majority of his life working in construction. There will be a celebration of Life at Harmony Baptist Church in Blakely, GA with Pastor Ronald Waters officiating Saturday, July 13, 2019 at 3:00 PM. A graveside service will be planned for a later date and burial will be in Oglethorpe, GA, at the Oglethorpe Memorial Gardens. Other than his parents Mr. Howell is preceded in death by , his first grandson, Skeeter Howell (infant son of Timothy and Shirley Howell) and his younger brother William Ernest "Arling" Howell. Mr. Howell is survived by his children, Timothy and Shirley Howell of Blakely, GA, Dewayne Howell of Albany, GA, Barbara Thornton of Adel, GA, Ramona Brookins of Shellman, GA and Kimberly Bridges (Sandy) of Bainbridge, GA. He had 11 grandchildren; Michael Howell, Olivia Howell Lord, Ashley Howell Daughtry, Heath Howell, and Lacey Howell, Rodney Brookins, Jr., Randall, Danielle, and Lauren Thornton, Dawn Norris, and Kelli Bridges. He also had 11 great-grandchildren; Katelynn Lord, Aiden Howell, Bradley, Mikey and Cas Thornton, Ryan and Kyle Womack, Allison, Emily, Ethan and Austin Norris. He also leaves behind to cherish his memory four sisters; Myrlene Lamberth of Killeen, TX, Lena Grace Poole of Fort Valley, GA, Judy Martin of Warner Robins, GA, Audrey Bell Daniels of Burgaw, NC, one brother, Edwin Howell of Columbus, GA, numerous nieces and nephews, his devoted friend and caregiver, Bobby Honester and his beloved dog "Lucky."

This obituary is being published as a courtesy for the family of B. T. Howell. Bobrie Tilmon Howell, 79, formerly of Blakely, GA, passed from this life July 6, 2019 in Brunswick, GA Senior Care Center after an extended illness. He was... View Obituary & Service Information

The family of Bobrie Tilmon Howell created this Life Tributes page to make it easy to share your memories.

This obituary is being published as a courtesy for the family...

Send flowers to the Howell family.